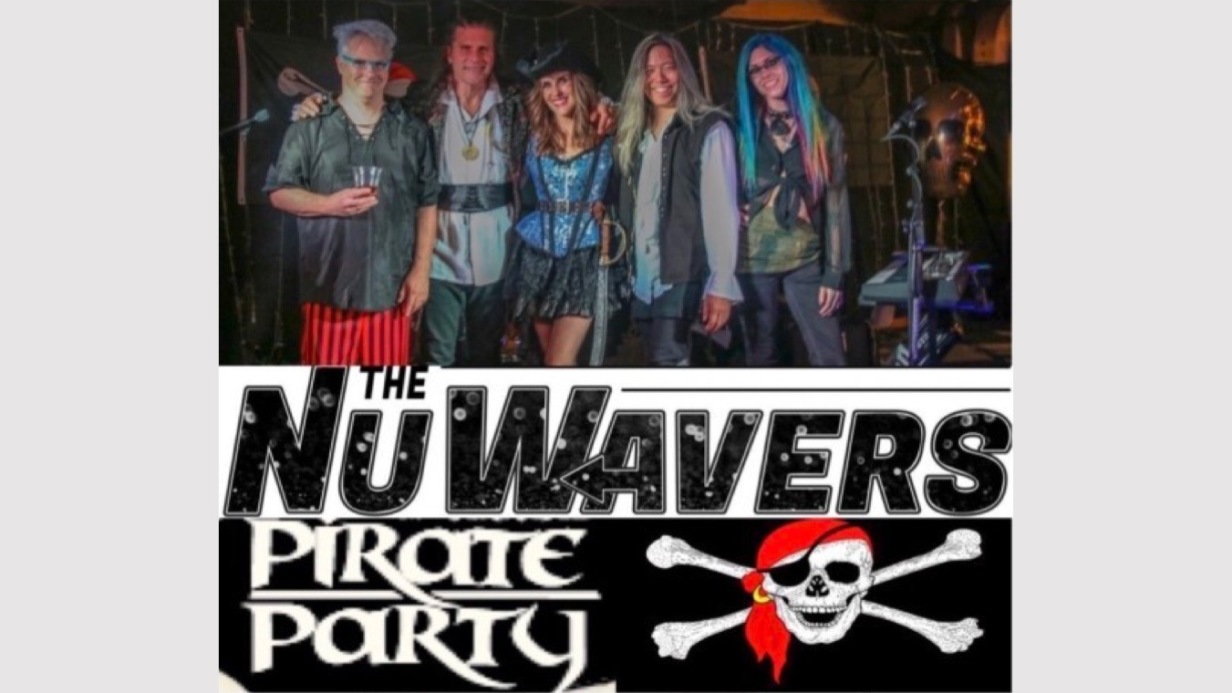 The Nu Wavers are having a Pirate Party in the pirate ship at the Warehouse '23 Bridgeside Room! Dress, talk and walk like a pirate and celebrate the start of the Halloween Season with us!

Joining us will be Me'lanie Talent's Glam Girls! VIP Photobooth will also be on hand to add to your swashbuckling memories!

THE NU WAVERS
"Best party band in Portland!" —Sheila Hamilton (Author. Emmy awarding-winning journalist. Portland's favorite radio host)
The Nu Wavers are more than a cover band—we perform everything from college radio classics and alternative gems to mainstream hits, all with our own original twist. With five distinct singers, you can count on us to capture some of the most memorable eras in pop culture! Whether it’s performing at the Rose Festival, concerts in the park or fundraisers for our favorite causes, when the Nu Wavers take the stage, it’s a “Good Day to Rock and Roll!”

THE NU WAVERS are: