Online ticket sales are closed for this event. Tickets will be available at the door starting at 5:30 pm.

Kalos at The Ruins

Kalos is made up of three innovative interpreters and composers of Celtic roots music: Eric McDonald, Ryan McKasson, and Jeremiah McLane. They are masters of tradition who purposefully explore the dark corners floating on its edges, delivering an alluring musical complexity full of spontaneity and joyful exuberance. They set the standard for traditional repertoire with an underlying drive and pulse charged with rhythmic electricity and integrity.

Each brings an exceptionally diverse array of musical influences to the table. Eric studied jazz and bluegrass mandolin at the Berklee College of Music before finding his way to DADGAD guitar. Ryan carries a degree in viola performance and is one of the youngest to ever win the US National Scottish Fiddle Championship. Jeremiah, in addition to being raised with Scottish roots, has studied Indonesian Gamelan, West African drumming, and the music of minimalist composers Steve Reich and Philip Glass. His compositions have won numerous awards and have been featured in films.

Kalos’ music asks to be shared live, and performance is the band’s heart and forte. Their partnership stretches beyond the music, born of fast friendships formed at the band’s origin and exhibited in their playfulness on stage. Kalos forges a new musical path that draws on Celtic, Breton, American, and other musical traditions on accordion, guitar, fiddle, and vocals. 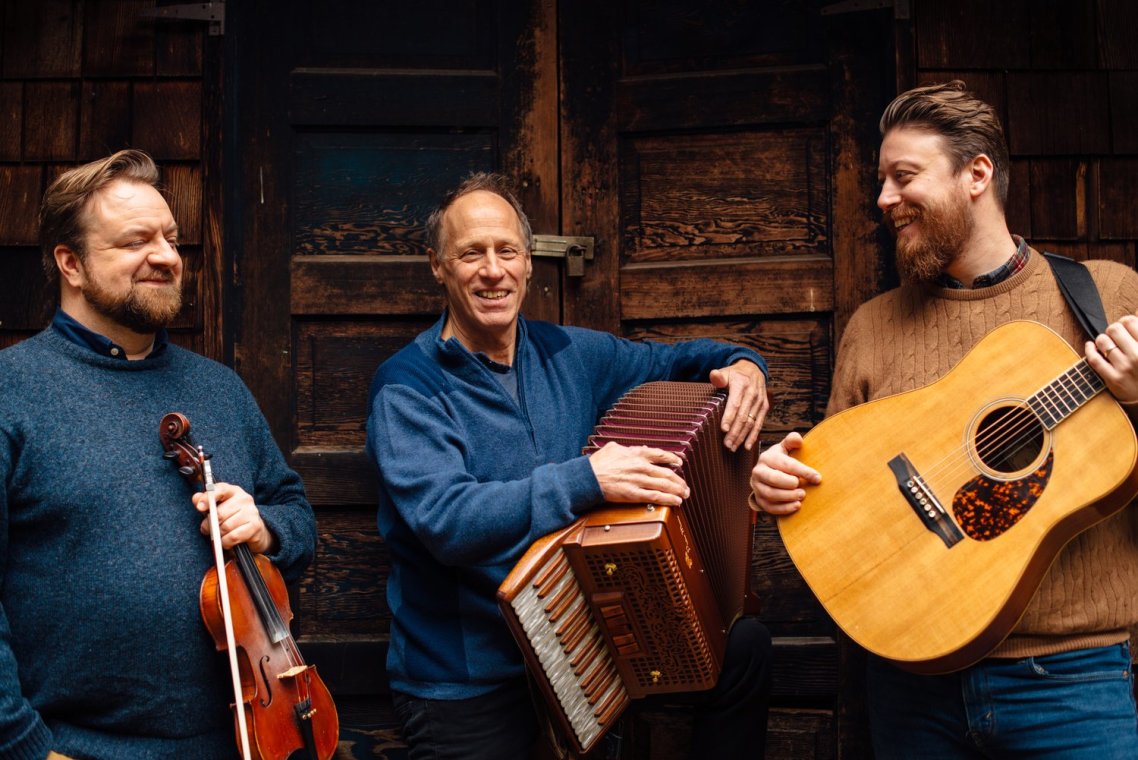 Online ticket sales are closed for this event. Tickets will be available at the door starting at 5:30 pm.