Bobby Torres: From New York City to Woodstock with Joe Cocker, through ten years of touring with Tom Jones, to forming his own Latin jazz group in Portland, Bobby Torres has been on the music scene for over 40 years. Besides performing as a percussionist, Bobby is a record producer, songwriter, percussion instructor, session musician, and band leader.

On April 30, 2016, Bobby was given the Jazz Journalist’s Association Jazz Hero Award. This award is given to advocates, altruists, activists, aiders, and abettors of jazz who have had a significant impact on their local communities. On September 11, 2015, Bobby performed with the Tadeschi Trucks band to a crowd of over 25,000 people at the Lockin’ Festival in Virginia. This concert was a tribute to Joe Cocker and featured many of the original members of Mad Dogs & Englishmen. On August 24, 2009, Time Magazine published "Woodstock, How Does it Sound 40 Years Later?” an article which included a photo of Bobby in performance on stage with Joe Cocker at Woodstock along with the Mad Dogs & Englishmen.

On May 4th of 2009, Bobby performed for Archbishop Desmond Tutu before his adoring crowd of over 4,800 people. Later that same year, Bobby was inducted into the Oregon Music Hall of Fame. The formal ceremony, which included fellow inductees Terry Robb, Dan Balmer, and others, was held on October 17, 2009, at the Roseland Theater. A versatile musician, Bobby was nominated for Outstanding Percussionist – a Muddy Waters Award – as a result of his work performing with Le Bon, Craig Caruthers, The Dan Reed Network, Curtis Salgado, Lloyd Jones, and Linda Hornbuckle – all local R&B and Blues Musicians who developed national and international reputations of their own. 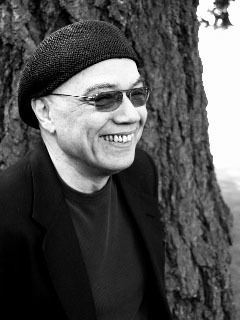