In the fall of 2015, three undercover jazz musicians performed together for the first time, on a stage in Bucharest, Romania in front of several thousand people.

Special guest, Grammy-nominated pianist Randy Porter, will join them for this performance at the Oregon Coast.

Randy has performed with many jazz greats, including Freddy Hubbard, Art Farmer, and Benny Golson, and has traveled throughout the US, Europe, and China with the Charles McPherson Quartet.

Porter’s compositions and arrangements can be heard on his own recordings: Porter Plays Porter with Nancy King, Thirsty Soul, Brio, Modern Reflections, and Eight Little Feet. Porter also composed the music for the 2009 documentary, Deep Green.
You don't want to miss this world-class ensemble!

This show is made possible thanks to these great sponsors: Visit Tillamook Coast and The Miller
Foundation. 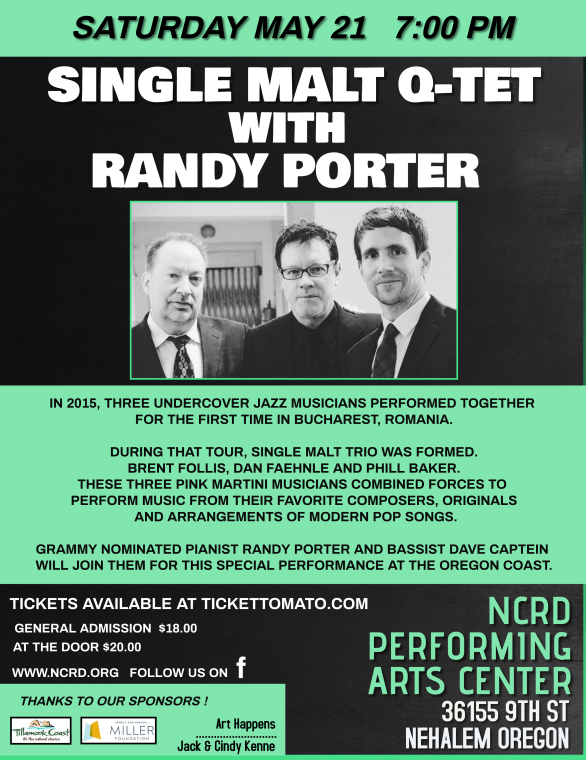