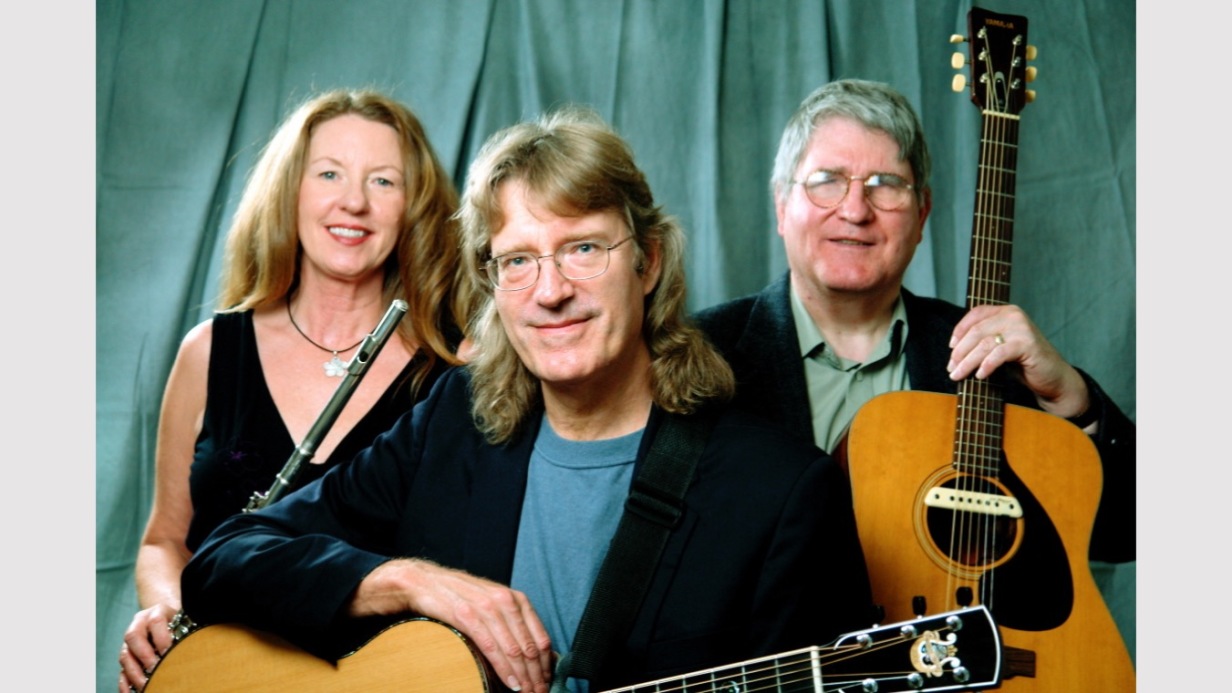 THREE TOGETHER - Acoustic Trio Comprised of Grammy-winning guitarist Doug Smith, flutist and teacher Judy Koch-Smith, and guitarist-vocalist extraordinaire Don Mitchell, this trio was awarded the People's Choice Award by the Florence Folk Festival (Oregon), and has played for Vancouver's Noontime Esther Short Concerts in the Park, both the Portland Folk Music Society and Portland's Winterfolk Concerts, and at the FAR WEST Folk Music Festival. Performing throughout the Pacific Northwest for the past dozen years, Three Together is loved by audiences for their intricate 3-part harmonies on many songs from 60’s and 70’s era folk, pop, and rock artists such as Crosby, Stills, and Nash, Peter, Paul, and Mary, the Beatles, and the Everly Brothers.

Doug Smith was featured in the movie “August Rush”, and his music was in the movies “Moll Flanders” and “Twister”. One of his CD’s, “Alone At Last” was co-produced by Lawrence Juber, former guitarist with Paul McCartney. His music has also been featured on CNN, NPR, TNN, ESPN, and the Discovery Channel.