WARNING! This site requires javascript. Please active it before continuing. 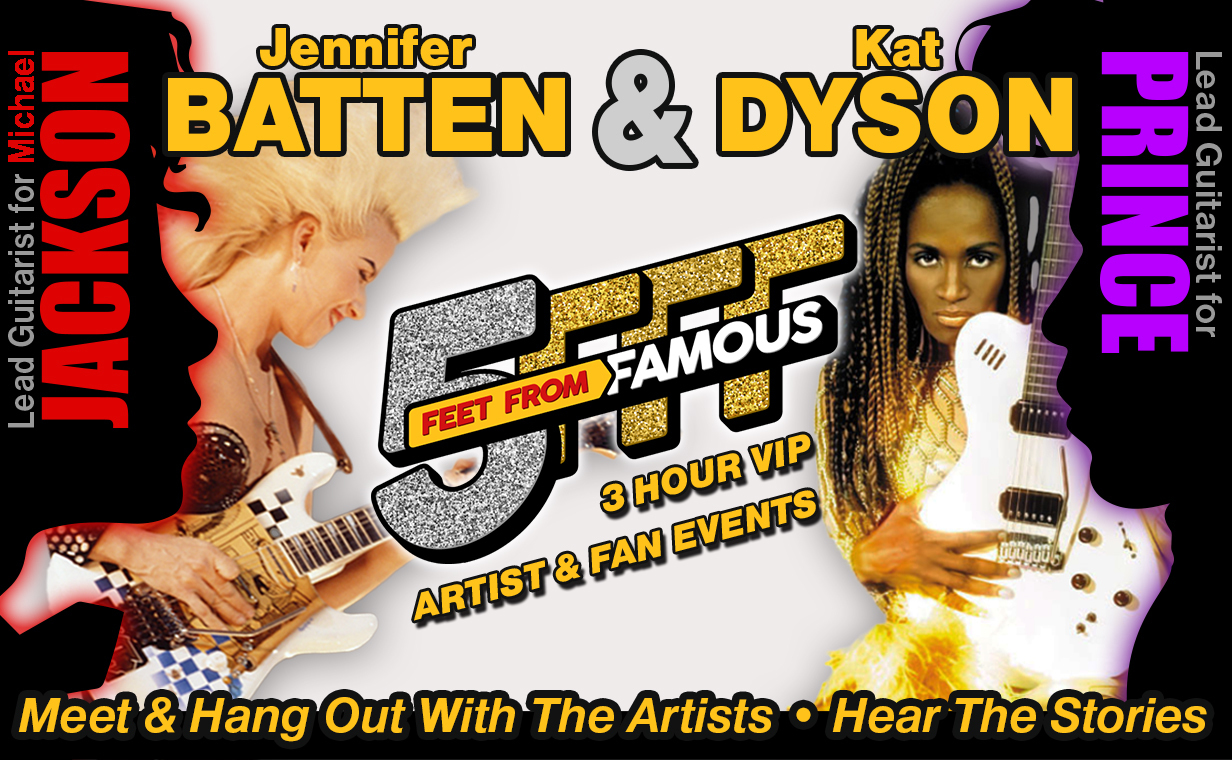 A Night of Jackson & Prince (Jennifer Batten and Kat Dyson)

A once-in-a-lifetime fan opportunity: Get to meet, hang out with, talk with and hear the stories of two of music's most influential and incredible female guitarists - Jennifer Batten and Kat Dyson.

To say this would be a night of Women Empowerment would be an understatement: These women and their guitars shared the stage with perhaps arguably the two biggest music influences of the last 100 years, Prince and Michael Jackson.

Jennifer Batten is an incredibly prolific guitarist. She spent more than a decade travelling the world as Michael Jackson's lead guitarist, doing all three solo world tours with him, the Super Bowl, and many other iconic events. She's also been guitarist for Jeff Beck and many others, including her own band, Jennifer Batten & Full Steam.

Kat Dyson is an amazing R&B / Funk / Blues guitarist. As the iconic lead guitarist and a vocalist for Prince and The New Power Generation, she recorded multiple albums and toured with the his royal purple funkiness. Her other artist credits include Cyndi Lauper, Natalie Cole, Dave Stewart, Keb Mo, Sheila E., Bo Diddley, Dave Stewart and Mick Jagger.

From what it took to become the guitarist for those two powerhouses, to what it was like to work with them, tour with them, be friends with them, and play for them, Five Feet from Famous is bringing a select exclusive group of fans th opportunity they will never have again: The opportunity to meet, hang out with, hear the stories and ask questions of these two amazing women of music history. And, it's rumored that these two monster guitarists are going to bring out their guitars, cut some heads and do an entire set dedicated to settling the question once and for all: